What is the Peter Lehmann Arts & Education Trust Scholarship & Grant?

The Peter Lehmann Arts and Education Trust (PLAET) was launched in 2014 to nurture and sustain the artistic and cultural fabric of the Barossa by providing access and education to a wide range of arts and cultural activities.

The trust came about to memorialise Peter Lehmann, a true son of the Barossa and supporter of all aspects of Barossa culture and heritage.

The Lehmann Hess Foundation was formed in 2004 as an arts-based Foundation.  The funds generated were given to the restoration of the 1877 Hill and Son Organ, a project that took fourteen years to complete. After Peter’s death, the balance of the trust was used to establish the Peter Lehmann Arts & Education Trust in partnership with the David Thomas Foundation, who generously matched the funds from the Lehmann Hess Foundation as well as donations from the community.

Foundation Barossa oversees the administration of PLAET together with an advisory committee made up of members of the Lehmann family and Barossa community.

The trust will provide annual grants of up to $5000 for projects in a range of artistic categories:

Central to the trust is a focus on the Barossa Hill and Son Organ. The restoration of this important piece of Barossan history was a project that Peter and Margaret Lehmann took a personal interest in.

The trust will support scholarships, performances, recordings, compositions and audience development, to ensure that this organ continues to be a vital part of musical life in the Barossa and beyond.

The trust will also support artists and artisans to sustain traditional skills and crafts associated with Barossa’s heritage and culture.

Who does the PLAET Scholarship & Grant assist?

Foundation Barossa awarded 10 projects sharing in almost $27,000 in the fourth round of Peter Lehmann Arts and Education Trust (PLAET) grants in 2021.

As in previous years, the quality and diverse range of applications for arts, culture and history projects in the Barossa impressed the advisory panel.

“We’re thrilled with not only the quality of this year’s successful grant applicants. But also by the way separate enterprises cross over, interweave and reinforce that the Barossa really IS a community tapestry,” said advisory panel member Dave Lehmann.

The Hill and Son Organ continues to be a cornerstone of the grants. Four students will receive scholarships and mentoring, while Joshua van Konkelenberg will continue the Artist-in-Residence program with a series of concerts and come-and-try sessions.

Other projects funded in the current round include:

“Being a PLAET grant recipient is always a privilege and an honour. But for Tutti Arts Barossa, it is much more. It’s knowing that our Barossa community supports the Tutti artists, especially when we take on new artistic initiatives that will enhance access to the arts for everyone. Additionally, the Tutti artists are recognised as leaders in the contemporary arts space,” Alexandra Devitt-Lansom, Tutti Arts.

Established in 2014, The Peter Lehmann Arts and Education Trust (PLAET) fosters arts and cultural learning opportunities and access. It provides grants for arts, culture, and education projects in the Barossa. Foundation Barossa oversees the administration of the trust with an Advisory Committee, including members of the Lehmann family. 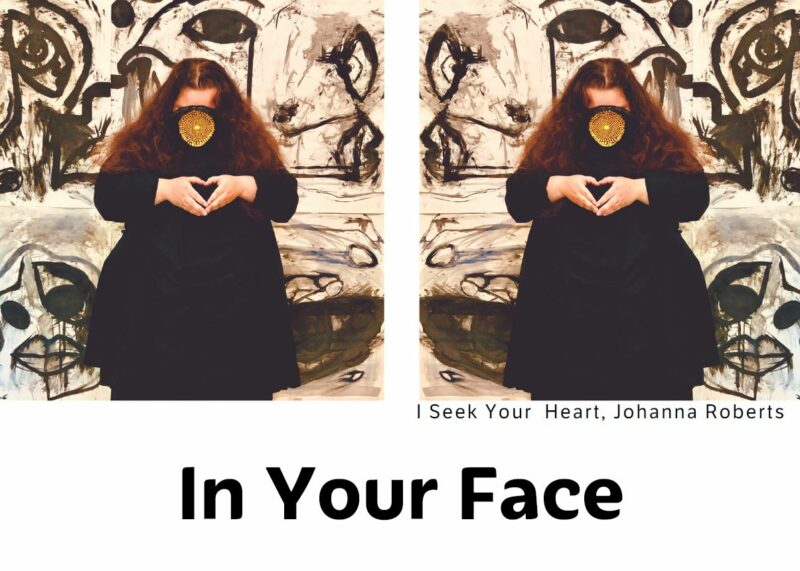 Is my activity eligible?

PLAET grants are open to individuals and organisations. Projects will be chosen based on their ability to sustain, nurture and encourage arts and cultural performance and education in the wider Barossa community.

The types of activities to be funded may include (but are not limited to): 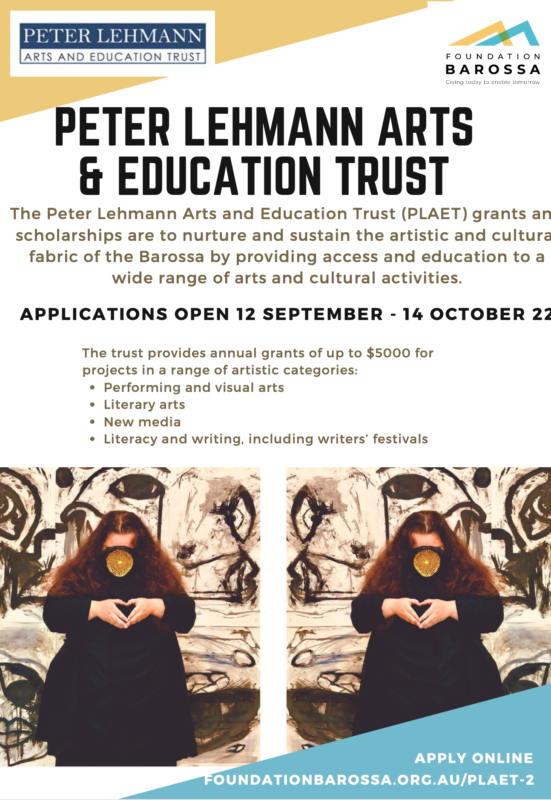 You can support your community and Foundation Barossa by donating directly to the Peter Lehmann Arts and Education Trust. 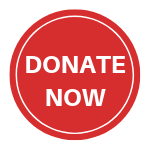